​The Pinecroft School was established in 1982 as an independent, non-profit elementary school serving students from kindergarten through grade 5.  Founders Rick Schwertner, M. Ed., and his wife, sociology professor Kersti Yllo, Ph.D., had a vision to create a school that offered a more individualized alternative to public education.

In September of 1982, The Pinecroft School opened with an entire population of seven students.  The early years were a time of tremendous excitement and experimentation.  During the following years, Pinecroft grew slowly, but surely, and developed a collaborative relationship with Wheaton’s Psychology, Art, Education and Athletic Departments.  A number of college students began to serve as interns.

​By the late eighties, The Pinecroft School was bursting at its seams with a student body of twenty-eight.  Land was purchased at the edge of the Wheaton campus to build a new school. Pinecroft worked with noted school and institutional design architect Michael Rosenfeld who, after observing classes and speaking with students and staff, designed a building open to movement and flow of energy, which opened its doors in 1991.

In October 2011, Pinecroft purchased the former North Rehoboth School at 133 Tremont Street, Rehoboth.  After months of planning and renovations, the school opened its doors in January 2012 to a spacious, updated building infused with natural lighting, which includes an auditorium/gymnasium.

Without state or federal funding, and without church affiliation, Pinecroft has continued to be entirely dependent on tuition.  A close relationship remains between Wheaton College and the school.  College students intern in our classrooms, afterschool and art programs.  Future teachers observe and do coursework here.  Pinecroft continues to serve as an observation site for college classes and has employed dozens of student interns, many of whom have pursued careers in education.
Schedule a Tour 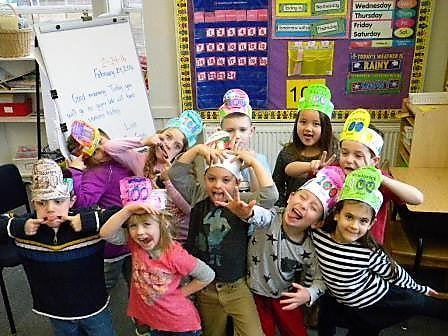 Discover a school where kids can be kids.
Why Pinecroft?

An independent , coeducational elementary school  for grades kindergarten - 5th since 1982.